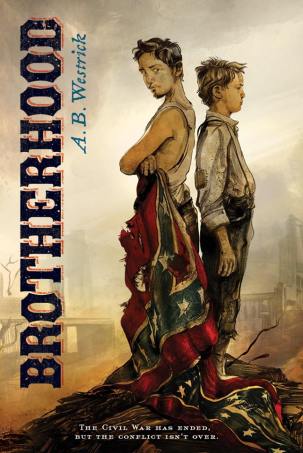 The Plot In Five Sentences Or Less:  Shad is a young man living with his older brother Jeremiah and their mother on the outside of Richmond, Virginia in the years just after the Civil War.  Their father has died during the conflict and the family is trying to adjust to a post-war reality where Yankee soldiers roam the streets and carpetbaggers and free blacks compete for jobs.   Shad, longing for security and fellowship,  soon follows Jeremiah and joins up with the KKK.  This allegiance is tested, however, when he begins taking classes at Ms. Perkinson’s, a transplanted Yankee that runs a negro school.  When Jeremiah and the rest of the clan begin to threaten the Perkinson’s, Shad must decide where his true obligations lie.

My Take:  As a native Richmonder, I very much enjoyed this book.  As I read about the characters wandering down, say, Broad Street, I could see clearly in my mind the area through which they were traveling.  I give credit to Westrick because, by focusing on the years just after the war, she has given us a Civil War book that stands out for its examination of post conflict adjustment.  I felt that the characters and situations were sufficiently complex and, even at the end, there was upheld a good deal of ambiguity which evaded easy answers.  Ages 12+

One Interesting Note About the Author:  According to her website, A.B. Westrick was born in Pennsylvania, but now lives in Mechanicsville, Virginia.  This, of course, still makes her a Yankee! 😉