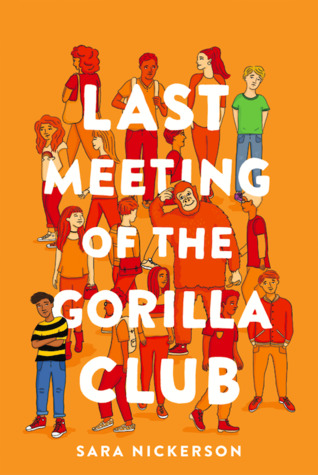 The Plot In Five Sentences Or Less: As the school year winds down, Derek Fallon finds a newspaper clipping in the attic about a girl who drowned 12 years ago off of Martha’s Vineyard.  Derek is curious to find out more about the girl but is stonewalled by his parents.  On top of that, because of his poor grades and general misbehavior, his parents decide to send him to Learning Camp over the summer.  Derek struggles through the daily lessons and math games at the camp and in his spare time investigates the mystery of the drowned girl.  When he convinces his parents to take a vacation to Martha’s Vineyard, Derek hopes that he will be able to get to the bottom of the mystery.

My Take:  I had difficulty enjoying the character of Derek Fallon.  In several instances throughout the book, he engages in behavior that is hurtful to others, but he never seems to have a full reckoning with it.  The author’s intent was probably for comic effect directed at younger readers, but I couldn’t get past that Derek has a side to him that was cruel and selfish.  The author showed little interest in exploring this side of Derek (which, honestly, would probably have made a more interesting read!) or the consequences of his actions.  His immature behavior subsides for several chapters near the end when he is finding out the truth behind the mystery.  Rather than it being a convincing character change, however, I found these chapters to be distinctly out of place with the rest of the book and I never believed Derek’s transformation to be earned.  I would be hesitant to recommend this book to young readers unless they enjoyed sarcasm and poor choices on the part of the main character.

One Interesting Note About The Author:  The My Life book series is illustrated by her son Jake.